Is It Possible to Protect Yourself from Diseases by Keeping Healthy Nutrition Patterns?

“We are what we eat.” This statement is confirmed by modern scientists. Numerous studies examining the relationship between food habits and health clearly demonstrate that food products are divided into those that cause diseases (usually cancer, but sometimes cardiovascular, endocrine and mental diseases), and those that protect against such severe diseases. Thanks to this, people are finally beginning to understand how important the right choice of diet is. After all, if human beings exclude harmful foods from your diet and leave only wholesome ones, then we will prevent many health problems.

Secure Tabs tries to create such a scientifically based diet of healthy nutrition. The methodology is quite obvious: you need to write out the main product groups, and then use the database of scientific articles to search for publications on the relationship of their use with an increased risk of disease. Then it remains only to exclude those influencing human health. 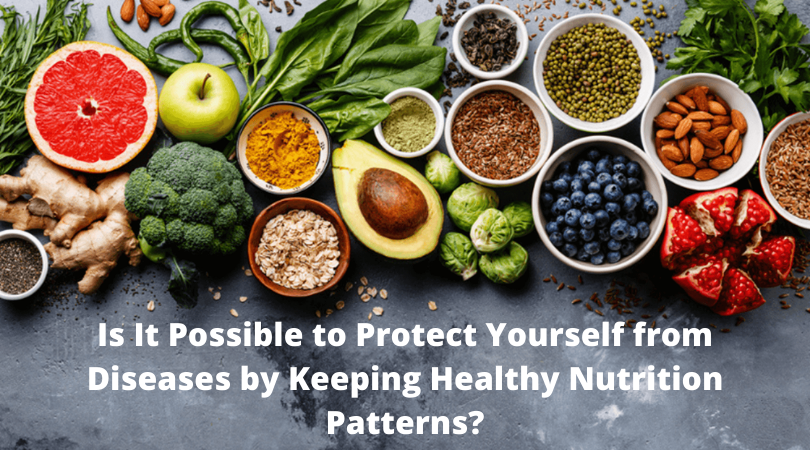 Is is worth eating animal food?

So, the first important question is animal food. The issue is especially relevant given the growing popularity of ketogenic diets with a low carbohydrate and high fat diet, which is difficult to imagine without meat products. Supporters of ketodiet claim that the metabolic changes caused by them not only provide a long and healthy life, but also treat many diseases that “official medicine” cannot cope with, for example, autism. Thanks to this, until recently, the former dietetic outsider turned bacon into one of the key elements of a healthy diet, when plant-based diets are gradually going out of fashion.

It is not 100% true. It has been established that those who eat processed meat (lard, sausages, ham, bacon, sausage, etc.) are more likely to have colorectal cancer. The accumulated data is so convincing that in 2015 IARC (International Agency for Research on Cancer) put these products on the list of carcinogens with a high level of evidence.

The relative risk (the so-called ratio of the risks of getting sick among those exposed and not subject to a certain impact) is not as great as that of smoking, but it is not negligible. Can you then try to abandon the “processed meat” and do steaks? Alas, there is a similar problem with the so-called red meat (meat of mammals). IARC classifies it as a “possible carcinogen” and, in addition to increasing the risk of colorectal cancer, suspects it causing pancreatic and prostate cancer. By the way, some studies have also shown the association of a high fat diet with estrogen receptor and progesterone receptor positive breast cancer. People are not sure to exclude these products from the diet even knowing it causes such problems.

Chicken: yes or not?

You can, for example, eat chicken without skin. Although there is a small problem: a combined analysis of two very large observational studies has shown that eating skinless chicken is associated with an increased risk of bladder cancer. First, in the stomach, any chicken with skin turns into a skinless one. Secondly, chicken skin is itself another source of health. It is shown that, for example, it contains 32 times more heterocyclic amines (carcinogen) than in hot dogs. Moreover, it was found that up to 97% of chicken breast is infected with dangerous bacteria.

Fish: Dangerous or not

It is a luck that land occupies less than 30% of the planet, and ocean and river waters are filled with an incredible amount of fish, which can provide us with much-needed protein and other nutrients. More precisely, the sea and river inhabitants literally absorb all the rubbish. In particular, mercury accumulates in fish – food containing it can hardly be considered healthy due to potential damage to the nervous system. And some methods of cooking fish also turn it into a dangerous carcinogen. Further, if you hope to replace the fish with other seafood (oysters), things are even worser.

Meat, poultry and fish are not the only sources of protein. There are, for example, eggs. However, more recently, in March 2019, a meta-analysis of 6 cohort studies was published, which estimated the impact of egg consumption on the health of as many as 29,615 participants. Half an egg a day statistically significantly increased the risk of cardiovascular disease and mortality (eating them is also associated with a risk of ovarian cancer). By the way, other non-meat livestock products are no less dangerous. So, the use of dairy products is associated with an increased risk of several oncological diseases at once: an estrogen receptor for negative breast, ovarian and prostate cancer.

Probably the last hope for salvation for people is a vegan diet. But one of the main sources of protein for vegans, soy, contains isoflavones that stimulate the growth of estrogen-dependent tumors. Eating bread and pasta is associated with an increased risk of colorectal cancer. Vegetables, fruits, cereals and nuts accumulate carcinogenic pesticides, even apples.

What do we have left? Mushrooms? There is generally horror – arsenic, cadmium, lead and mercury, additional comments are not needed. Hope that organic food saves you? Haha, three times. Firstly, it was found that natural plant pesticides, for example, carcinogenic polyphenols, accumulate especially in higher doses. Secondly, the Center for Disease Control and Prevention recently published data on outbreaks of dangerous infections associated with organic food.

By the way, it is important to remember that vegetables and fruits are dangerous in themselves, regardless of pesticides’ accumulation or the method of cultivation. For example, the very cabbage leaf actually causes hypothyroidism (by the way, broccoli and cauliflower too). Veganism, as such, is unsafe: numerous studies have shown that vegans more often develop severe depression and mood swings.

It turns out that it is most beneficial for health to drink only water. In any case, I could not find controlled prospective studies with a good design that showed the opposite. Although there some questions as well arise. Will we stay alife drinking only water???